Attempts to fight cancer with the patient's own immune system have, in just a few years, completely revolutionized how we think about and treat cancer.

Unlike traditional cancer therapies, such as surgery, radiation, and chemotherapy, cancer immunotherapy (immuno-oncology) is about triggering the body's own immune system to fight cancer. This is mainly done through activation of tumor killing T-cells, (Elicera’s focus), or through inhibition of the tumor's own suppressive activity on the immune system.

Unlike traditional cancer therapies, such as radiation, surgery and chemotherapy, immuno-oncology is about training the body's own immune system to fight cancer.

The biggest breakthrough in immuno-oncology comes from so-called checkpoint inhibitors (CPIs) that block immune-suppressing signaling in T-cells, thereby giving them greater chance to attack cancer cells. This discovery and development was rewarded with the 2018 Nobel Prize in Medicine. Not only is high T-cell infiltration a positive prognostic factor, patients with tumors infiltrated by T-cells also respond significantly better when treated with CPIs. This is, in a sense, logical because checkpoint inhibitors help those T-cells that already exist by blocking their brakes.

An overall goal for the research field is now to get more patients to respond to CPI therapy. To achieve this, one must improve T-cell infiltration in tumors, partly by inducing an antitumoral T-cell response de novo in the tumors where T-cells are completely missing, and partly by breaking down barriers in cases where T-cells are stuck at the periphery of the tumor but have failed to enter.

Elicera develops two different types of cancer immunotherapies, oncolytic viruses and CAR T-cell treatments, which both directly attack and kill cancer cells, but which also have been genetically modified in such a way that they also induce and activate the patient's T-cells to infiltrate tumors and attack cancer cells.

Oncolytic viruses are designed to selectively infiltrate and kill tumor cells  while leaving the normal cells intact and at the same time induce a potent anti-tumoral T cell response.

As such oncolytic viruses could induce anti-tumoral T-cell responses de novo and therefore pave the way for CPIs that don’t work unless a pre-activated immune system against cancer already exists. Oncolytic viruses have the ability to convert an immunologically "cold" tumor with few tumor-reactive T-cells into a "hot" tumor with increased T-cell infiltration, which has led to several ongoing clinical trials combining oncolytic viruses with CPI-treatment.

There are over 3000 different types of viruses but not all are suitable for oncolysis(1). The oncolytic virus must be non-pathogenic and have an inherent tumor-specific killing capacity or otherwise be genetically modified with these characteristics. Currently, there is only one commercially available oncolytic virus on the two most important pharmaceutical markets (USA and Europe) T-VEC/Imlygic (for treatment of melanoma).

Elicera develops two oncolytic immunotherapies, one of which (ELC-100/AdVince) currently is being tested in a clinical phase I/II-trial, sponsored by Uppsala University, in patients with neuroendocrine tumors (NET) and the other (ELC-201) representing a new generation of oncolytic virus with three combined mechanisms of action. ELC-201 is theoretically applicable for treatment of most types of tumors. 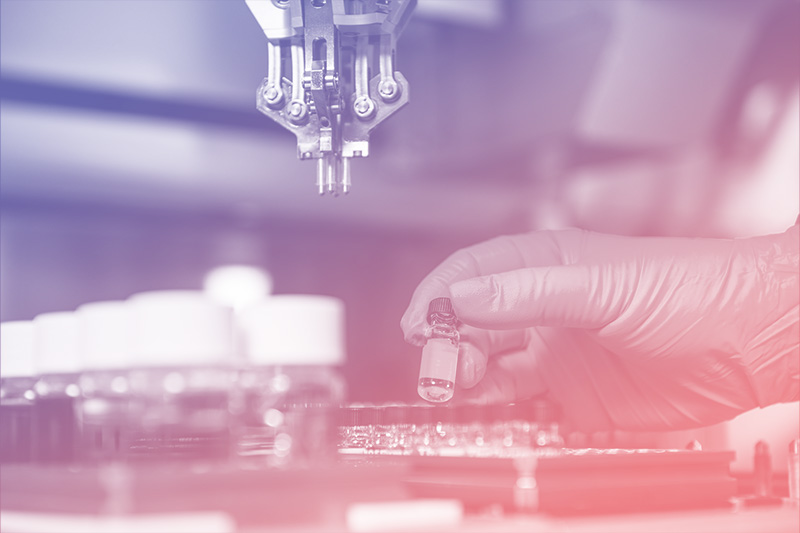 Treatment with CAR T-cells is often referred to as "adoptive immunotherapy" and typically involves extracting, genetically modifying, and expanding the patient's own T-cells before injecting them back into the patient to find and kill cancer cells. The treatment involves using a chimeric antigen receptor (CAR) that is placed on the surface of a T-cell so that it recognizes antigen targets on the tumor cells and can then attack and kill the tumor cells. The first approved CAR T-cell treatments target CD19, a protein found on the cell surface of B-cell tumors and thus on lymphoma and leukemia cells that originate from the B-lymphocyte cell line.

The success of this type of blood cancer treatment has been enormous. Clinical studies with CAR T-cells in difficult to treat cases of blood cancer have shown tumor response in up to 94% of patients, which is particularly impressive given that most CAR T studies recruit patients who no longer respond to available treatments(3). However, CAR T-cell therapy has not been without its challenges, mainly regarding the high frequency with which patients relapse and the serious side effects experienced by many patients. The serious side effects include several reported deaths and are attributed to CAR T-cells targeting the CD19-antigen found on immune system B-cells, the most studied target in the CAR T field.